On Tuesday, 9/11/2007, I was at my monthly Long Island Coaching Alliance meeting and our current president, Lynn Engeholm, mentioned observing a moment of silence in memory of 9/11 and the events of six years ago.

I must say, I was stunned at the realization that it has been six years since the attacks. I was working in New York City that day and, like many, will always remember that sunny Tuesday morning and the uncertain days that followed.

A few nights later, I decided to watch the 9/11 documentary DVD shot by Jules and Gedeon Naudet, the French brothers who had intended to capture the story of a rookie NYC firefighter, only to capture the events of 9/11 as they unfolded in downtown Manhattan.

The images of the planes hitting the towers and the sights and sounds of NYC Firefighters in the towers and of New Yorkers transfixed in a horrific moment are just as powerful six years later as they were that day.

I can’t see an airplane in the sky without thinking of that day. At the same time, I am encouraged and inspired by our resilience as a people and as a country in the face of such vicious attacks.

As I was sitting among my coaching colleagues observing a moment of silence, I was reminded that it is events like these that make me proud to be an American and a professional coach. As a coach, we work with people to help them face their fears and move forward with their life. We respect each individual client and strive to look for and unearth their hidden potential. We cherish life. We honor potential. We celebrate achievement.

It is for these reasons and more that 9/11 hurt me so deeply — not just as a person, as a coach, or as an American — but as a human.

And it is for these reasons, despite the hurt, that we press on…

The Peter Principle and Employee Engagement 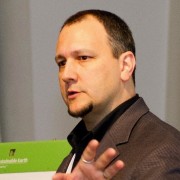 The Peter Principle and Employee Engagement
Scroll to top